Fukigen na Mononokean (不機嫌なモノノケ庵), localized as The Morose Mononokean in English, is an anime series adaptation of Kiri Wazawa's manga of the same name. The anime consists of 13 episodes and was produced by Pierrot+. It aired in Japan from June 28, 2016 to September 21, 2016. Funimation and Crunchyroll has acquired licenses to air the anime in English.

The start of Hanae Ashiya's high school career has not been easy—he has spent all of the first week in the infirmary, and his inexplicable condition is only getting worse. The cause of his torment is the mysterious fuzzy creature that has attached itself to him ever since he stumbled upon it the day before school began.

As his health continues to decline and the creature grows in size, Hanae comes across a flyer advertising an exorcist who expels yōkai. Desperate and with nothing left to lose, he calls the number and is led to the Mononokean, a tea room which suddenly appears next to the infirmary. A morose-sounding man, Haruitsuki Abeno, reluctantly helps Hanae but demands payment afterward. Much to Hanae's dismay, he cannot afford the fee and must become an employee at the Mononokean to work off his debt. And to make things worse, his new boss is actually one of his classmates. If Hanae ever hopes to settle his debt, he must work together with Haruitsuki to guide a variety of dangerous, strange, and interesting yōkai back to the Underworld.[1] 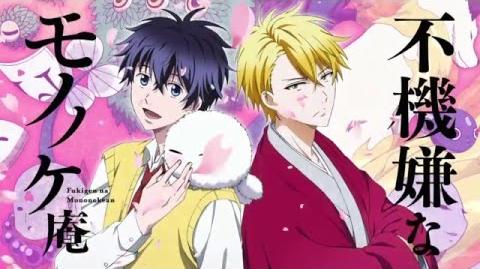 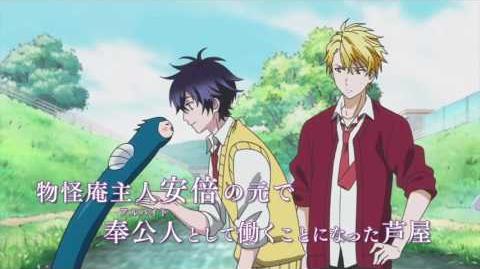 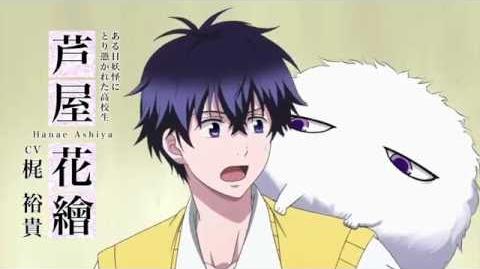 Blu-ray/DVD Combo
Add a photo to this gallery

Retrieved from "https://fukigen-na-mononokean.fandom.com/wiki/Fukigen_na_Mononokean_(Anime)?oldid=3759"
Community content is available under CC-BY-SA unless otherwise noted.